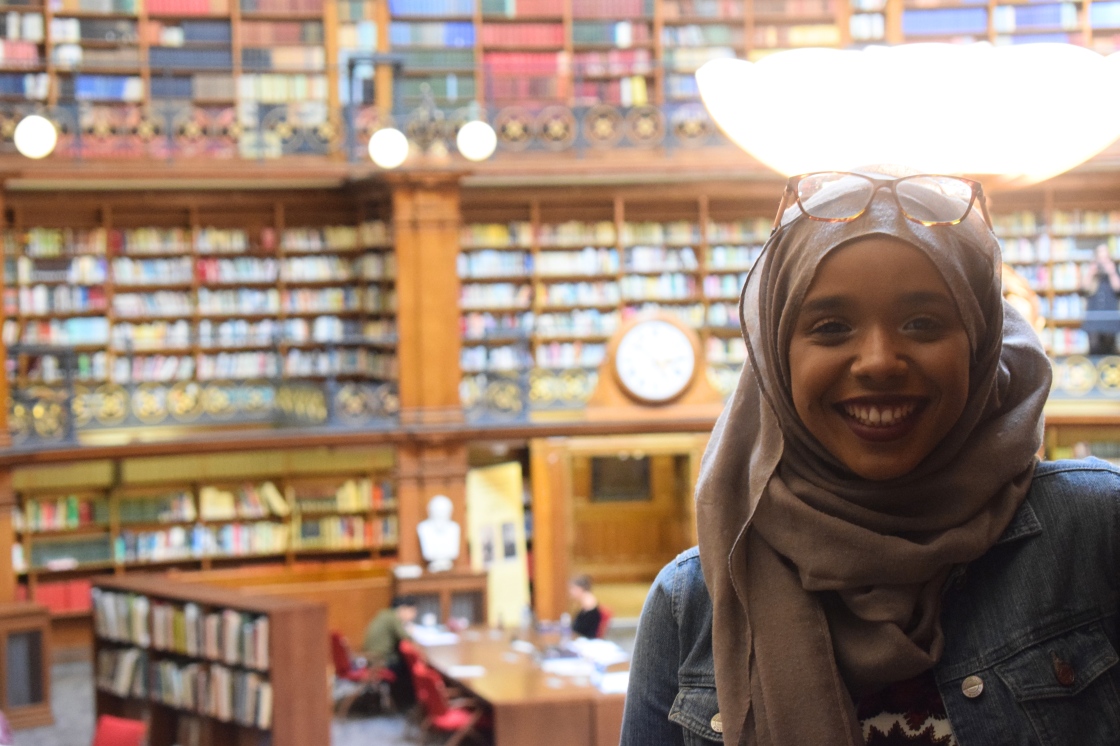 The first thing you’ll notice about Roda Musa is her graceful, beaming smile that suggests a sense of wisdom and self assurance. When you listen to her speak or read her work, your assumptions are correct. We spoke to the budding journalist about politics, feminism, race and her community…

Tell us a bit about yourself…

I’m 21, I’m in my final year of university, studying history, and I want to become a journalist. I’m really into political journalism and I write about identity a lot. Being black, Muslim and a woman means there are a lot of social issues to deal with. There are a lot of stereotypes that are reflected in the mainstream media so I think it’s important to talk about identity and have voices like mine out there.

You write a lot of opinion pieces. Are you ever afraid of the controversy your writing might cause? Does that limit what you write?

Yeah, sometimes. But it doesn’t limit what I write, it just makes me write in a more clear and concise way. I do like reporting on events and things but it can get boring. Opinion pieces are my favourite articles to write and if I tried to censor myself, my writing would be inauthentic, so there’s no point. Nobody has come up to me and said anything negative about my writing, but there are some negative comments online. I think that’s one of the risks of putting yourself out there. You will get a lot of criticism but you’ll also get a lot of positivity. My friends and family are really supportive so that’s all I really care about. 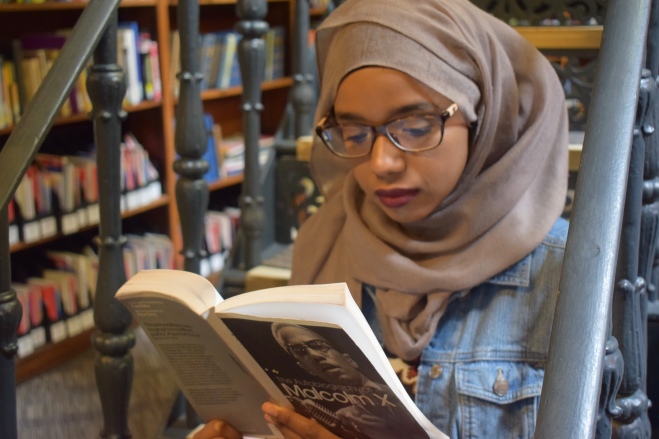 You recently wrote an article about white feminism-

Yeah that blew up quite a lot, I didn’t realise it would actually.

Why do you think it did?

I was writing for a spinoff of The Tab called Babe. One of the editors thought my ideas about white feminism and black girlhood were quite interesting. I wrote a really vague, last minute article titled ‘Why White Feminism Doesn’t Represent Me‘ and handed it in just before my deadline. A couple of weeks later it was published and there were so many comments. A lot of people didn’t know what white feminism was and were saying that I was trying to divide people- one person even called me a purist. I wasn’t telling white girls that they can’t talk about feminism, I was just saying that a lot of things white feminists do talk about excludes other women- especially women of colour.

Are you a feminist?

Yes, I am a feminist but I prefer the type of feminism that takes every woman’s struggles into account- black, white, young, old etc. It’s all about trying to understand each other and supporting each other- girl love!

Do you get your community involved in issues like feminism, race and politics?

I definitely want to get my community involved. Obviously, I’m really into politics so I’m trying to set up a Somali Labour Youth group with some friends. We want to spread political awareness and encourage young Somalis to get involved with politics. It’s weird that Somalis are often seen as disintegrated.

So do you feel a sense of responsibility to change that?

Yeah, I do. I feel like the younger generation are way more involved in society and educated which is amazing. I remember it was a big deal that I moved away from home for university and a lot of my mum’s friends referred to me as ‘the one who moved away’. A girl moving away to get an education shouldn’t be such a big deal, so it’s trying to break barriers one by one. I think politics is the best way to do that. 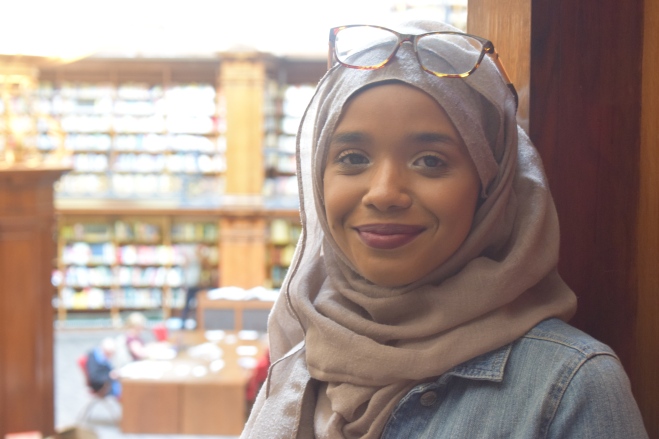 If someone walked up to you and asked for advice what would you say?

If they are Muslim I would say pray five times a day! (Laughs) It helps so much! But yeah, I’d say be less interested in what other people have to say about you. Make your own choices, do things for you. Anybody could give you advice but nobody knows you better than yourself, so follow your heart.

What are your ultimate goals in life?

Just to always be happy and content in myself and work on my deen. And obviously, to make hooyo happy! (Laughs) That was so cheesy!

No, it’s great! In a world where people are often obsessed with materialistic things, it’s nice to see enlightened youth.

That’s true. I know a lot of young people who are doing amazing things. I really do have hope for the future of this generation.

Well, we have a lot of hope for you and wish you all the best for the future. Thank you for chatting to us!

Thank you for having me! ♦

Get in touch via the email above if you’re interested 💓
Thank you so much to everyone who came to today’s Coding and [AR]T session @apple for our International Women’s Day Event! We had the best time with all of you experiencing Swift Playgrounds and AR with artist Sarah Rothberg
We’re here at Apple for our Coding and Art session for International Women’s Day! 🎉
‪Happy International Women’s Day! 🧕🏾👩🏻‍⚕️👮🏼‍♀️🕵🏾‍♀️👩🏼‍🌾👩🏽‍🍳👩🏿‍🎓👩🏻‍💻👩🏾‍🚒👩🏼‍🔬👩🏿‍💼👩🏻‍⚖️👩🏽‍✈️👩🏼‍🔧👩🏾‍🎨👩🏽‍🚀 #InternationalWomensDay #IWD2020 🎉‬
A Muslim Girl’s Journey to Being Active☝️now on the website! @aleeshaspeaks recently launched @energiseactivewear and told us all about it! Link in bio 💕
Liverpool! For International Women's Day this year, Halcyon is inviting you to free coding & art sessions with Apple!😍 The sessions will teach attendees the basics of coding & an interactive AR art experience created by interactive media artist Sarah Rothberg! Limited spaces so book on via the link in the bio🎉❤️ #internationalwomensday #girlswhocode #art #coding